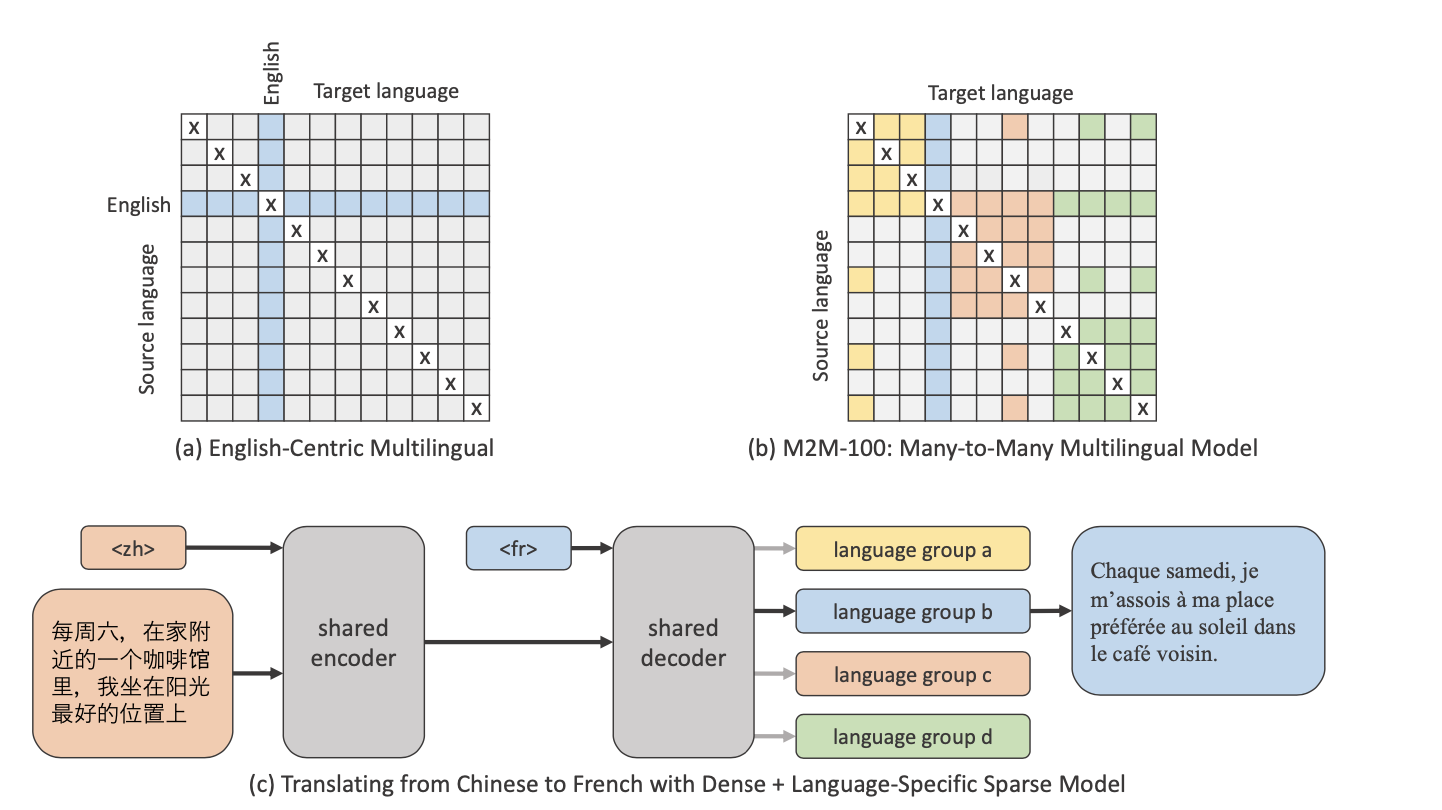 Since this is a very long paper, I have divided the summary into 2 posts:

Aim of MTM: Build a single model to translate between multiple languages.

Problems of MTM: Performance not at par with Bilingual Models when trained on same languages. Ex: Model trained separately on Hindi-Bangla would perform better than MTM with Hindi-Bangla as one of the pairs among many languages.
Reason: Model capacity splits between multiple languages.
Solution: Increase model capacity.

Problem with increased capacity: Large models require large multilingual datasets which are not easy to obtain. Ex: Low availability of parallel data between Hindi-Bangla.
Solution: Use english as pivot language. Learn models from Hindi-English and English-Bangla to convert Hindi-Bangla.

Problem with using English-centric conversion: English-centric bias does not represent real-world usage of the language and hence, low performance. Ex: A person speaking Tamil and Hindi does not use English as a medium of conversion between those languages.
Hence, this work by Facebook AI aims to learn a single MTM for non-english translation directions without using English as a pivot language. 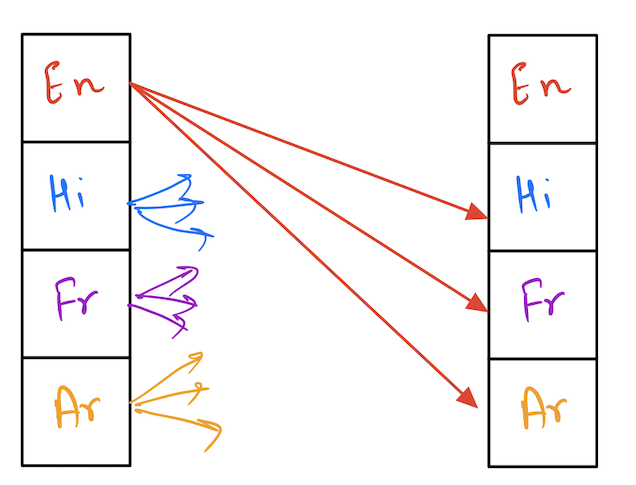 Seq-to-seq models requires a sequence of tokens as input and output. These tokens can be words, characters, sub-words etc. Providing complete words as tokens leads to large vocabularies or poor coverage. Ex: The english dictionary will have multiple forms of the root word “play” i.e. playing, played, etc. Hence, sub-word tokenization is preferred over word-based tokens. For detailed introduction to tokenization refer Tokenization Summary. This paper uses Sentencepiece tokenization as it was designed to work with languages with no segmentation.

How to effectively train model with billions of sentences?
Split the training data into 256 different shards to manage memory consumption.

Efficient way to automatically create parallel data: Search for a sentence that could be a potential translation of sentence in a monolingual corpus (Comparable corpora) => Task of semantic similarity search on multiple languages.

Once we know how to mine parallel data, should we do this task for every combination of languages?
This should not be done: 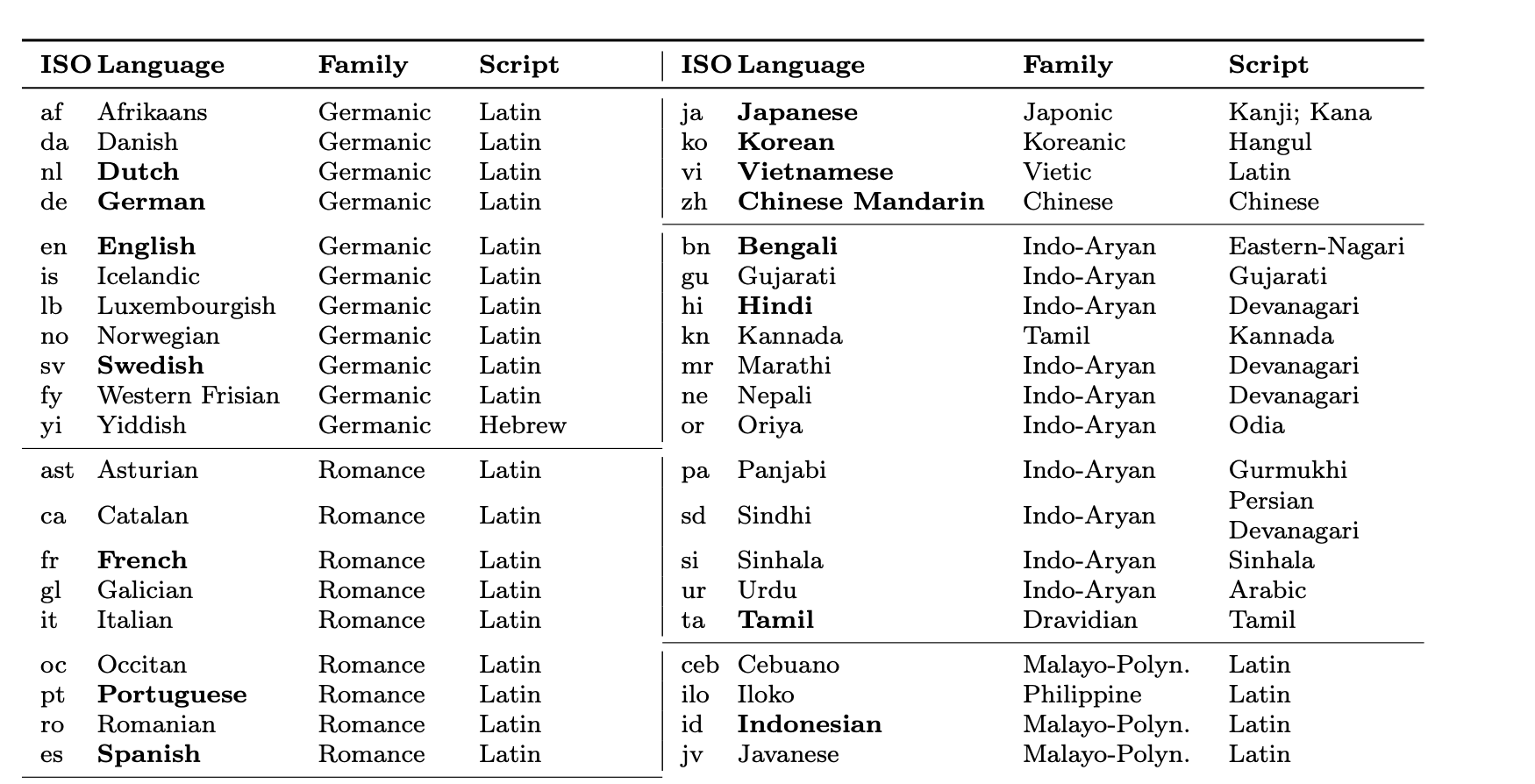 Depiction of an English-Only data mining setting compared to the Bridge Language Mining Strategy. The matrix (right) is neither fully random (dense), not English-centric (sparse). Bridge languages create a mix of sparse and dense matrix.

Refer to paper for performance analysis of various matrix settings. The results are validated by varying the randomness and sparsity of the language matrix. 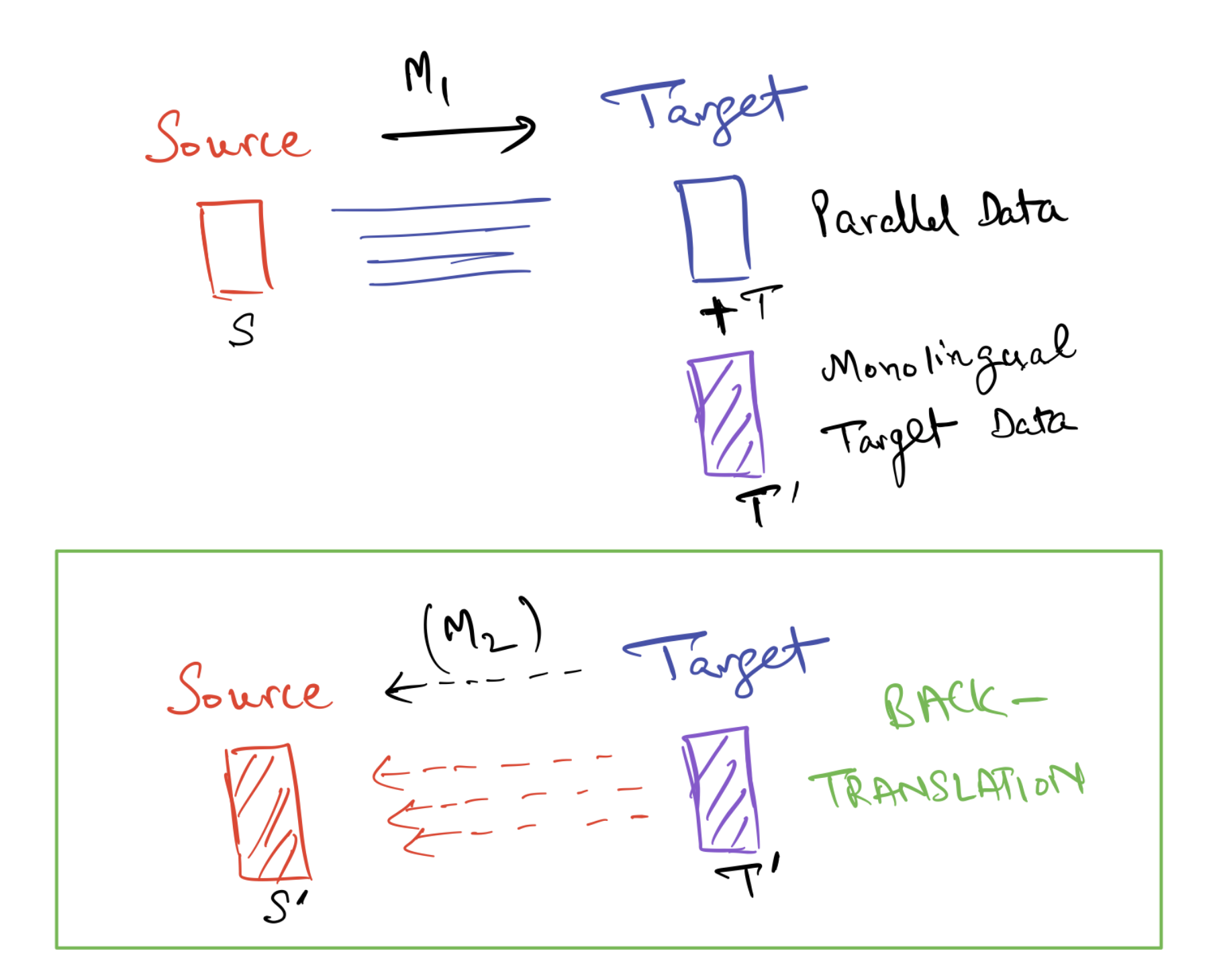 Since back-translation is computationally intensive, the authors focus on BT in 100 directions with a BLEU score of between 2 and 10.Backtranslation almost always improves performance for any direction, regardless of the original BLEU score.